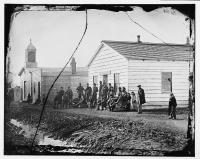 The American Civil War witnessed 11 states leave the United States to form the Confederate States of America, was the bloodiest conflict in American history, transformed the nation, abolished slavery and continues to impact the US today.

American Poet and novelist Robert Penn Warren referred to the Civil War as the ‘greatest event in our history’. Historian Shelby Foote called it ‘the crossroads of America’, after which modern America came to be.

Over 700,000 Americans were killed in the four-year period, more than in all our other wars combined including both world wars. At Cold Harbor 7,000 men fell in just 20 minutes.

The conflict was not confined to North America, as it caused famine in Lancashire and threatened the future expansion of the British Empire.

Resources for this course